A quick (maybe) update on things. I've gotten the C version of the code in line with the Python/Pygame version, but I need to organize the code a little better.

I found myself solving a problem that many have solved before: How do you know if the mouse is within a diamond shape?

The answer comes from the pre-algebra maths: "Calculating the slope of a line" -> y = mx + b

The tricky part is that you're calculating x based on what's happening in y, and vice versa.

These are the basic lines we're after: 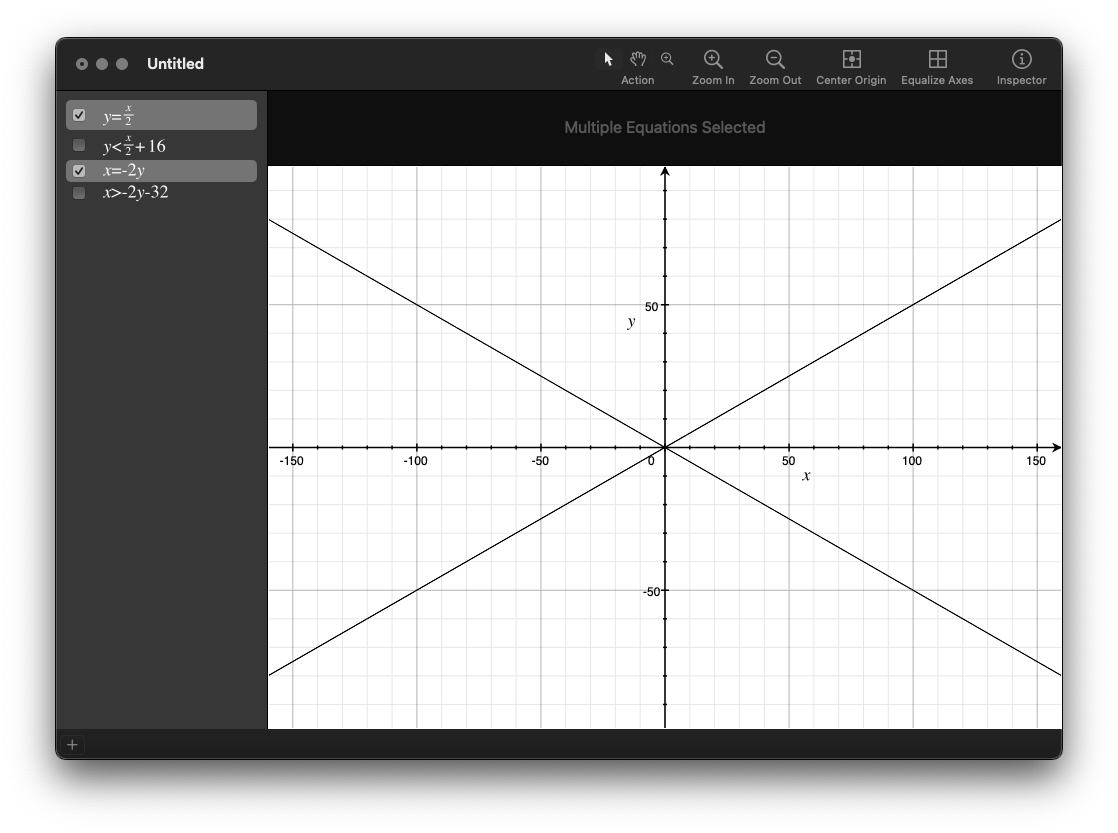 For this exercise I'm checking a diamond shape that's 64 pixels wide and 32 pixels tall, so we're looking for what's in the middle of this shape: 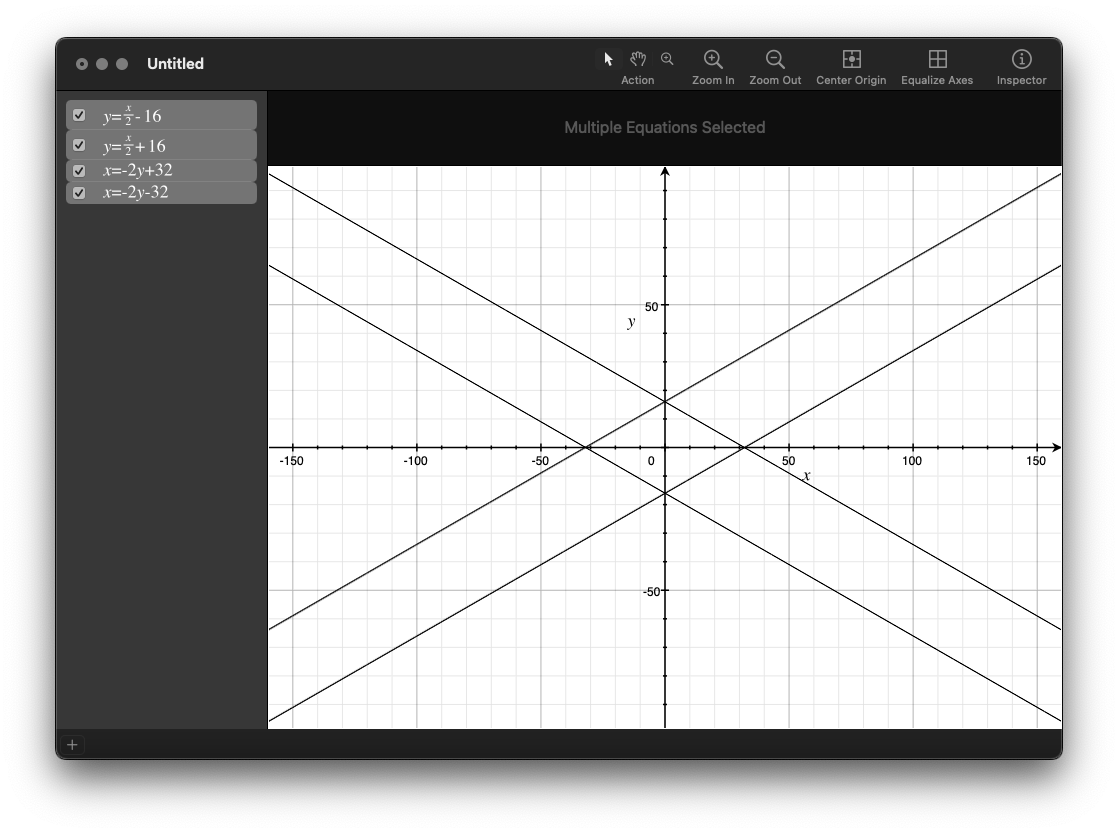 This is what it looks like in OSX's Grapher app: 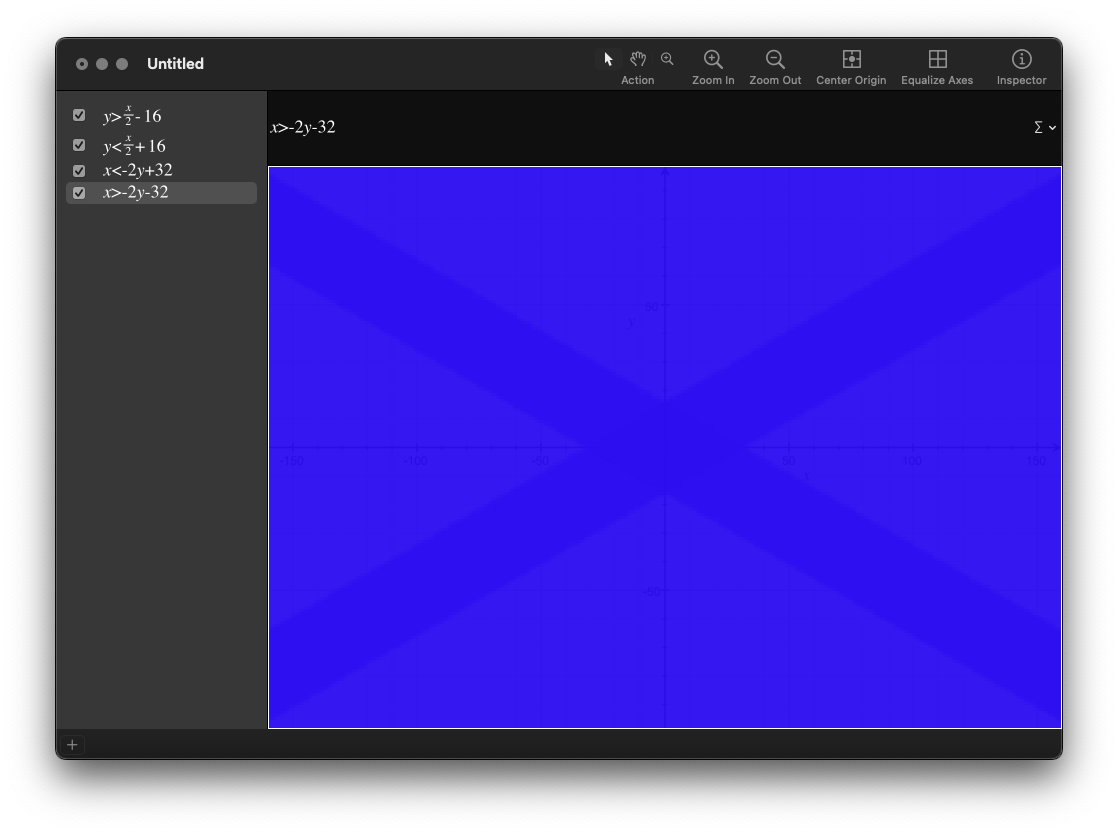 That formula works great if you're at the origin, but once you move away from that you need to compensate a little:

and since we're adding the same stuff twice for each formula, let's do that ahead of time:

Now: you could simplify even more by getting the absolute value of dx and dy up front:

And here's the result: A yellow oval moving from cell to cell in the isometric map: